Getting health information through mobile apps 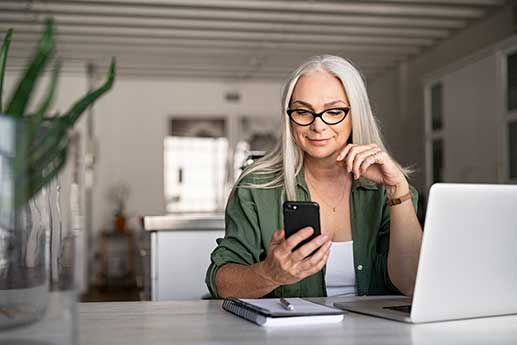 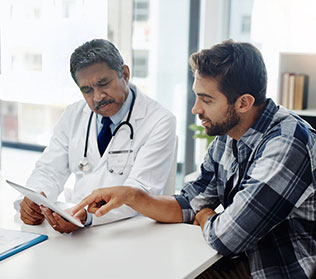 You can now use mobile apps to request a copy of your Protected Health Information, also called PHI. Florida Blue is here to help you understand how it works and to give you tips on how to protect your health information when you use these apps. In these FAQs, you’ll learn:

Currently, Florida Blue Medicare Advantage and Florida Blue members who are enrolled in a Qualified Health Plans (QHP) on the Federally-Facilitated Exchange (FFE) can request an electronic copy of their protected health information through an app of their choice. Presently Florida Blue does not offer a proprietary third-party application for its members.

At the moment, Florida Blue has extended this new App access feature to its current members who are enrolled in either a Qualified Health Plan (QHP) sold on the Federally-Facilitated Exchange (FFE) or a Medicare Advantage (MA) Plan.

You can request a copy of your PHI in accordance with the Florida Blue Notice of Privacy Practices. If you use an app to request PHI, Florida Blue may electronically provide the following information:

It’s important to take an active role in protecting your PHI. Look for an easy-to-read privacy policy that clearly explains how the app will use your PHI. If an app does not have a privacy policy, or if you do not understand it, you may want to reconsider using the app. Here are some issues to look for when reviewing an App’s privacy policy:

Also, be aware that Florida Blue does not review the privacy or security of registered apps. Just because we have created a connection with an app does not mean we believe the app is secure or will appropriately handle our members’ PHI. It is your responsibility to choose an app with strong privacy protections that will secure your PHI.

The U.S. Department of Health and Human Services (HHS) Office for Civil Rights (OCR) enforces the HIPAA Privacy, Security, and Breach Notification Rules, and the Patient Safety Act and Rule. You can find more information about your rights under HIPAA and who is obligated to follow HIPAA here: Guidance Materials for Consumers.

If you want more information on how Florida Blue complies with HIPAA for our members and what Florida Blue does to protect your information, view our HIPAA Notice of Privacy Practices.

Most apps are not specifically covered by HIPAA and are not required to be covered by HIPAA. HIPAA does not cover most third-party apps. HIPAA governs health insurance plans (such as Florida Blue), health care providers (such as doctor’s offices and hospitals), and health care clearinghouses (collectively known as “covered entities”) or entities performing services on behalf of Covered Entities that involve PHI. Most third-party apps are not created by, or affiliated with covered entities, so these app developers are not likely bound by HIPAA privacy and security protections. These apps may be regulated by the Federal Trade Commission (FTC) and the protections provided by the FTC Act. The FTC Act, among other things, protects against deceptive acts (for example, if an app shares personal data without permission, despite having a privacy policy that says it will not do so). The FTC also enforces the promises that are made in an app’s privacy policies, which is why it’s important for you to review an app’s privacy policies before using it to request PHI from Florida Blue.

If you’re concerned an app has violated your privacy rights or believe that your information has been breached in an app, you should consider filing a complaint with the app using the contact information it provides.

Ready to stop using an app? If you want Florida Blue to stop allowing an app to access your health information, call Member Services at one of the below numbers. Calling Member Services is currently the only way you can stop an app from collecting your health data after you have given them access. However, be advised that an app may continue to store your member data even after you stop sharing.

Any history held by Florida Blue for a previous Medicare Advantage or Florida Blue Qualified Health Plan member since January 1, 2016 is part of our database. Your Florida Blue PHI is available through a request to the app to which you subscribe. Contact your app provider and request to connect, or select "Florida Blue" from the app's available health insurer connections.

This educational product was prepared as a service to the public and is not intended to grant rights or impose obligations. This educational product may contain references or links to statutes, regulations, policy materials, and other external sites. The information provided is only intended to be a general summary.  It is not intended to take the place of either the written law or regulations.  We encourage readers to review the specific statutes, regulations, and other interpretive materials for a full and accurate statement of their contents. We comply with applicable Federal civil rights laws and do not discriminate on the basis of race, color, national origin, age, disability or sex. You may access the Nondiscrimination and Accessibility notice at floridablue.com/ndnotice. © 2022 Blue Cross and Blue Shield of Florida, Inc., DBA Florida Blue. All rights reserved.