Understand the Medicare basics from Original Medicare and beyond 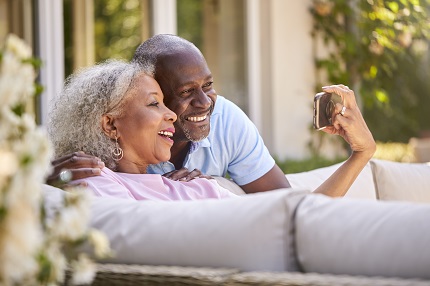 Medicare is health insurance sponsored by the federal government for people 65 and older, or those under 65 who may qualify, if they have certain disabilities or conditions.

What are the different parts of Medicare?

Original Medicare: Parts A & B

Original Medicare consists of Parts A and B. These are sponsored by the federal government. Medicare Part A covers hospital stays and inpatient care like  skilled nursing facilities. Medicare Part B covers visits to your doctor, preventive health screenings, durable medical equipment and more. Original Medicare (Parts A and B) does not cover all of your medical expenses. Because of this, other Medicare plans exist to help provide additional coverage.

Is Medicare part of Medicaid?

Learn more about the different types of Medicare plans

Many people choose to enroll in extra coverage plans to help pay health care costs or get extra benefits not included as part of Original Medicare (Parts A and B).

Medicare Advantage (Part C) plans bundle the coverage you get with Original Medicare with extra benefits, like dental, hearing and vision care, and prescription drug coverage.

Original Medicare (Parts A and B) does NOT cover:

Most care while traveling outside the United States

Part A and Part B deductibles and copays

About to turn age 65? What does being new to Medicare look like?

Knowing when and how to sign up for Medicare can help you get through enrollment with ease. Whether you’re under 65, turning 65 today or working past 65, we can help you understand your Medicare choices every step of the way.

We can help you enroll during your Initial Enrollment Period so you can relax and enjoy extra savings and health and wellness benefits.

Learn about aging into Medicare

We break Medicare down so you can better understand it and know how to enroll and choose a plan that is right for you.

Have questions about Medicare?
Request a call from a licensed agent.

Thank you for submitting your information. 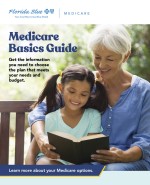 Florida Blue provides the information you need to choose the Medicare plan that meets your needs and budget. Download > 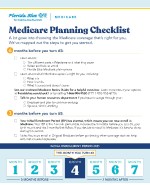 Florida Blue provides a checklist with the steps you need to get started with Medicare as you approach age 65. Download >

Get Ready for Medicare