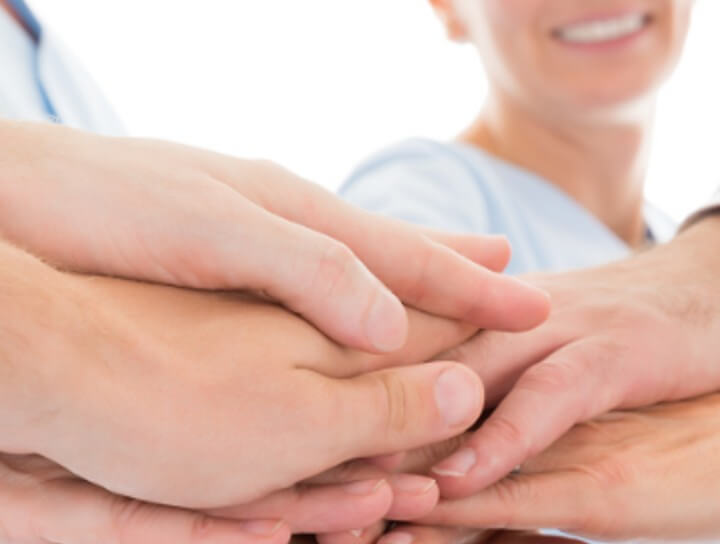 Medical Team Leaned on Each Other in COVID-19 Storm

When COVID-19 made its way to Florida last year, there were a lot of unknowns.

The symptoms changed often in the early weeks and months after the virus arrived here in March 2020. It was unclear why some people were more susceptible to the virus than others. And there wouldn’t be a vaccine for another nine months.

So much uncertainty naturally led to frustration, concern and even fear for the doctors and nurses trying to navigate those uneasy waters, including the staff at GuideWell Emergency Doctors. It tested them personally and professionally. But it also brought them closer together as a team. One where they leaned on and looked out for each other more than ever.

Those feelings don’t disappear when the worst of the crisis has faded. (The number of new daily cases in Florida has dropped from about 18,000 to 3,000.) They’re still here today, part of the fabric of a team that weathered the worst of a storm and came out stronger.

Getting through a crisis

Dr. Jennifer Yorke remembers well those early weeks and months of COVID-19. The time when fears were plentiful and answers scarce. That made it tough to have answers for patients and their families. And that was frustrating.

“It’s hard to be the doctor that has to tell someone, ‘I don’t know what else to tell you,’” said Dr. Yorke, medical director of GuideWell Emergency Doctors.

Medical teams around the world were facing the same thing in the early days of COVID-19.

Lisa Sanchez, a registered nurse for GuideWell Emergency Doctors, said sometimes people had symptoms that weren’t on the ever-changing list from the Centers for Disease Control and Prevention. As a result, they were still going to work and other places where they were around people.

“I saw people spread it to their entire family because one symptom wasn’t on the list,” she said.

The medical team was also concerned about putting their own families at risk. Even though GuideWell Emergency Doctors did a great job of providing the staff with protective equipment, that slim chance of being exposed was still a worry.

Leaning on each other

One thing they didn’t have to worry about was a lack of support among their team, Sanchez and Yorke said.

When the patient load became too much, they brought in more staff to help during the 14-hour days. (They treated more than 18,000 COVID-19 patients in the first year.)

When tensions were high, someone lightened the mood with a joke.

When someone was tired, a coworker picked up the slack.

And they reminded each other to take care of themselves. For Yorke, that included daily meditation and long walks with her Great Dane, Albus, named after a character in the Harry Potter books.

For Sanchez, it was movie and game nights with her husband, who is a firefighter/medic, and their four children. “We were blessed in that sense. I know a lot of people who had to quarantine totally alone,” she said.

Those everyday things that used to seem routine became comfort food for their souls during a crisis they weathered together.