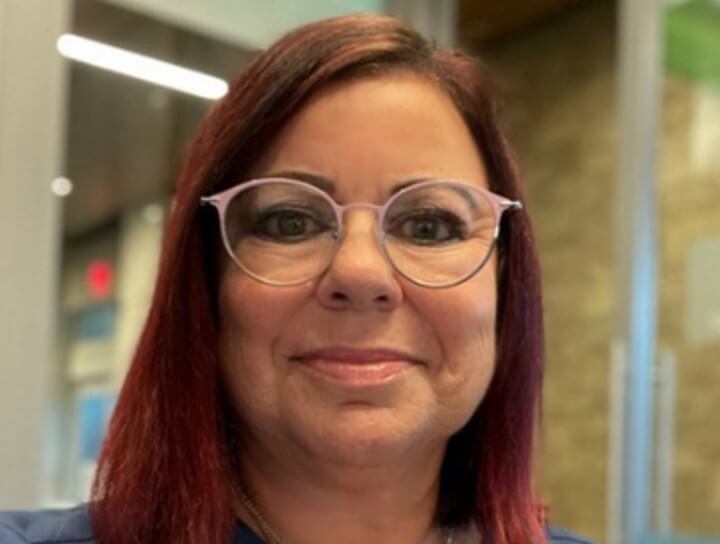 Finding a reason and a purpose after breast cancer diagnosis

Belinda Fleischer is a single mom to an amazing son, an aunt, a daughter, a sister, a loyal friend, a nurse, a caregiver and a breast cancer survivor.

Have you ever wondered why things happen the way they do or why they happen to you? Often the reason may not become apparent until much later, when you have the chance to reflect.

I went for my annual mammogram in August 2005, just like I had been doing the previous six years. I had been getting yearly mammograms because I had dense breasts and had been told my grandmother had some type of breast issue years ago.

After my mammogram, I was in the waiting room when a nurse came and walked me down what seemed to be a maze of doors in a long hallway. We finally got to a door that said radiology. When the nurse opened the door, I was confronted with a room full of breast X-rays.  They seemed to be everywhere.

“They see something,” the radiologist said. “It may be nothing … but it could be something.”

He showed me an X-ray where an area of my breast had little white specks. It was like someone opened a package of Splenda and blew it across the mammogram. I was overwhelmed and hardly able to see the specks (calcifications). They said I could just watch it for six months or they could do a biopsy.

I had a 14-month-old who was the product of years of infertility and eventually, in vitro fertilization (IVF). Life was good: I finally had my child, work was good and I just bought a new house. So, I scheduled the biopsy for the beginning of September because I wanted to know what was going on.

During the biopsy, I had to lie face down on a table. The doctor told me, “No problem, it looks like I am able to get everything out.”

The procedure was mildly uncomfortable and I was a bit sore, but I went back to work and back to mommy duty. I planned a weeklong trip with my son to visit a friend. We had an amazing time, which was great. Because when I got home, my world imploded.

My gynecologist called at 9 a.m. Sept 21. That call is etched in my mind forever. He asked if I had heard about the biopsy. I had not. His next words made my world come to a screeching halt: ductal carcinoma in situ (comedo grade, which I later learned means very aggressive).

I did not understand or hear much after “carcinoma.” That’s cancer, right? The world stopped. I had breast cancer. The next call was to work and then to my mom. Then I drove my son to daycare and spent the rest of the day crying and trying to make sense of everything.  I had no family history of cancer and I was in no pain. Had I waited another six months; the cancer would have spread.

I was told over and over how lucky I was to have Stage 0 cancer that had not spread and that it had been caught early. Cancer, whether big or small, Stage 0 or Stage 4, is still cancer. All cancer diagnoses come with the same stress, the same fear and the same world-stopping shock for the person who is diagnosed.

September marked 16 years that I have been cancer free. I am a breast cancer survivor. I made it through the storm and raised my amazing son and have been able to guide too many women to count through this same journey.

Since working as an RN at Florida Blue, I have had members go through that same shock and I have been able to help navigate them and explain the process.

So, there it is. That is the reason that I had my cancer and most likely why I became a caregiver and then a nurse. So, I could empathize and help others through their journey when their world stopped spinning. I tell members every day how important a mammogram is and why yearly screenings are necessary and important. If my story motivates just one woman to get her yearly mammogram, then sharing my story will be worth it. So, have you had your mammogram this year?

It is much scarier to have breast cancer than it is to have a yearly mammogram—and there’s no extra cost for a mammogram with most health insurance policies. Remember, preventive care is the best care of all.