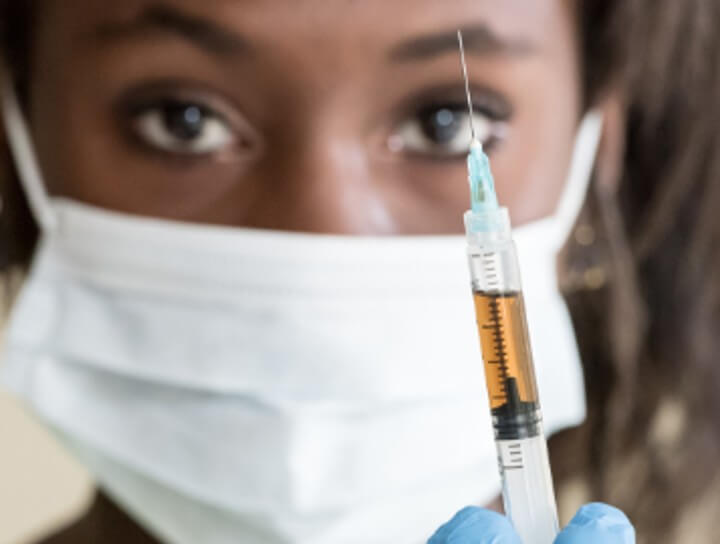 Back
Health Equality In Your Neighborhood

For decades, Black people have been less likely to get a flu shot than people from other races. The same has been true for COVID-19 vaccinations.

Some of the reasons for Black people not getting vaccinated date back decades, according to Dr. Cynthia Griffin, vice president of Medicare pharmacy programs at Florida Blue. They center on trust issues, misperceptions and fears. Other barriers include lack of access and/or transportation, gaps in health care access and transportation concerns. (Click here to read more about vaccination barriers.)

Despite all that, she said, there are ways to convince more people in Black communities to get vaccinated. Sometimes it’s about finding the right person to share the message. Other times it’s providing convenient access, which Florida Blue does through public clinics and by participating in a White House “Shots at the Shop” event at an Eastside barber shop. Click here for information about upcoming Florida Blue vaccination clinics.

Dr. Griffin said mistrust in Black communities of the medical system dates back decades, to events like the Tuskegee Syphilis Study conducted by the U.S. Public Health Service from 1932-72. The study followed 600 Black men who received free medical care, including for syphilis. But doctors secretly didn’t treat the nearly 400 men who had syphilis because researchers wanted to track how the disease affected them. This continued long after penicillin was accepted as a treatment of choice in 1945, according to the CDC.

Dr. Griffin said there are ways to convince more people to get vaccinated. Education is the key, she said, and it has to come from someone people can relate to. “It’s that one person who has to be the example and show it really is OK,” she said.

It could be a doctor, a caregiver, a family member or a friend.

Dr. Griffin said churches have an important role to play, especially in Black communities. Many churches have health ministries that focus on vaccinations, exercise and eating well.

Members can also be heavily influenced by examples set by their ministers and other church leaders. Dr. Griffin has seen it happen many times at Wayman Temple AME Church in Jacksonville where her husband, Mark, is the pastor. And she has influence, as well, because she’s a health care provider and the pastor’s wife.